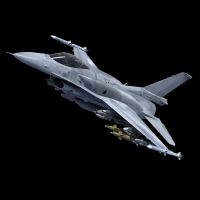 The Investment Project " New type of combat aircraft acquisition " is in the process of implementation without delay. The winning company Lockheed Martin stated that there is no suspension or delay in the production process of the F-16 Block 70 due to the proliferation of COVID-19 and that the production lines are working according to the schedule. The Bulgarian Ministry of Defense has been officially informed that no change is expected in the agreed terms for the delivery of the eight fighters. In order to ensure the replacement of the MiG-29, which service life expires in 2028-2029, it is necessary in the period 2023-2025 to sign a contract for the supply of the second batch of eight F-16 Block 70 fighters.

The Air Force is also included in the large-scale project "Implementation of technical identification
"IFF " in Mode 5 of military platforms in the Armed Forces of the Republic of Bulgaria.
loading...