Deputy Chief of Defense Neyko Nenov passed away on Wednesday, the Defense Ministry has said.
Maj Gen Nenov was suffering from a brain tumor which was the cause of this death despite undergoing surgery last year.

"During more than 29 years of service, he has commanded units at every echelon, from platoon to brigade, with tours of duty in Romania, Turkey, Afghanistan and Poland," the information about Nenov on the ministry's website reads.
From 2012 to June 2014 Maj Gen Nenov was Commander of the Land Forces.
During the previous year he had been involved in the construction of a 30-km-long fence along the Bulgaria-Turkey border.
In 2006, he became the first senior army official from Bulgaria to head the multinational South-Eastern Europe Brigade in Constanta, Romania.
Between 2008 and 2010, he was Chief of Staff at NATO's Joint Forces Training Center (JFTC) with the Allied Command Transformation located in Bydgoszcz, Poland. 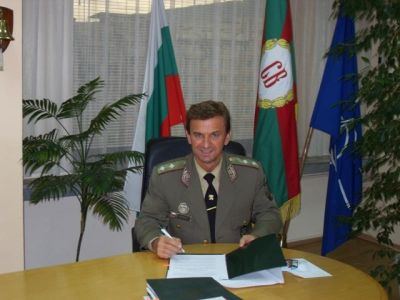