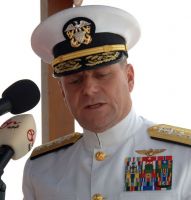 http://www.defensenews.com
Russia is using its long-range bomber fleet to send a message to the US, and the general charged with protecting the homeland says those flights will continue, or even expand, in the coming months.
Adm. Bill Gortney said the flights by long-range Russian bombers are "messaging" for the US, a reminder that there is another nation capable of power projection.
"They are messaging us. They are messaging us that they are a global power," Gortney told reporters Tuesday, before noting that "we do the same sort of thing."
Gortney said the number of Russian flights near the US has gone up since tensions between the two nations began to rise following the former's invasion and annexation of Crimea last February, with North American Aerospace Defense Command (NORAD) keeping a close eye on where those planes are and what they are doing.
"We watch very carefully what they are doing," he said. "They are adhering to international standards that are required by all airplanes that are out there, and everybody is flying in a professional manner in their side and our side as we watch very closely."
Those flights could expand in the coming months, with Russia traveling even further into territory the US considers under its purview.
Asked about a report that Russian officials are planning to send bomber patrols through the Gulf of Mexico, Gortney said, "it wouldn't surprise me if they do that."
Those flights would likely be conducted by Russia's Tupolev Tu-160 "Blackjack" bombers, Gortney added, as opposed to the Tupolev Tu-95 "Bear" bombers that have been conducting regular flights in Europe.
While some would undoubtedly be concerned about Russian bombers coming so close to the US, Gortney seemed calm about the possibility.
"If you have long-range aircraft, you want to exercise them. In order to exercise them you need to fly long-range missions," Gortney said. "We are prepared to intercept them should we need to, should we choose to." 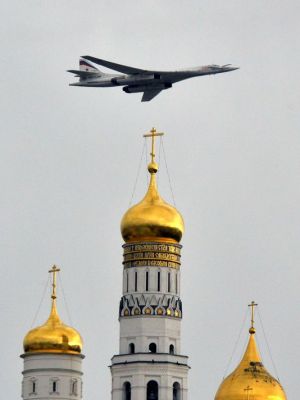