On 15th March 2017 Bulgarian Navy minesweeper BGS Priboy under the command of Capt. III rank Hristo Ginev returned to Burgas Base after participating in the Exercise Poseidon 2017 hosted by Romania.

More than 1 500 soldiers and ships from seven NATO member countries took part in this multinational exercise.

Poseidon 2017 which was organised by the Romanian Navy also brought to the port of Constanta the NATO Naval Group fighting against marine mines in the Mediterranean area designated as SNMCMG-2.

In Burgas Base the crew of BGS Priboy was welcomed by Adm. Malen Chubenkov, Commander of the Combat and Auxiliary Vessels Flotilla. 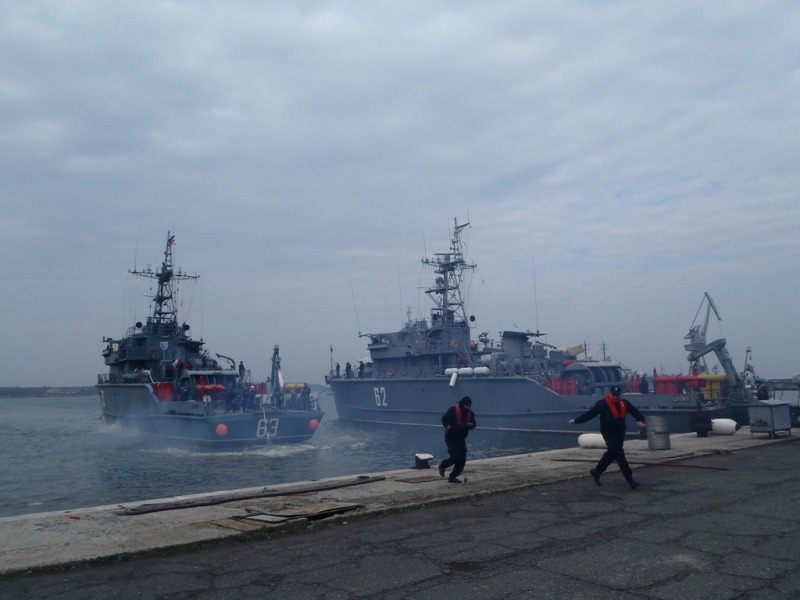